As the most vibrant city in southeast China, Chengdu has witness itself a rapid development over the past few years. The city’s infrastructure construction is already in a leading position among all large cities in China. In the summer of 2015, parts of its bus routes put up the plan of installing interactive screens for bus stations. The target was to improve the city bus service while at the same time create more advertising opportunities for local media companies. Betvis took the job and exerted the project by the end of that autumn. 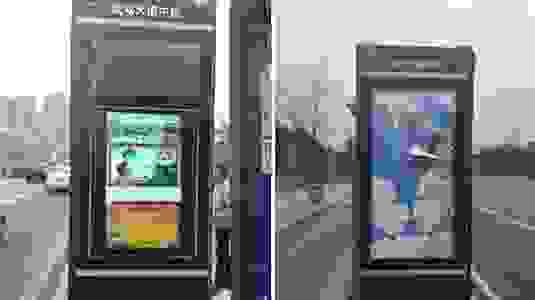 The trend among China’s major cities in the coming years is that more and more bus stations will have their own digital display as part of their upgrade plan. Chengdu wanted something better than normal ones installed in other cities like Chongqi and Wuhan. What they had in mind was a touch screen providing info inquiry as well as traffic maps. Without much detailed requirements to abide by, Betvis worked its best innovation to make a creative design proposal and got the project there after. 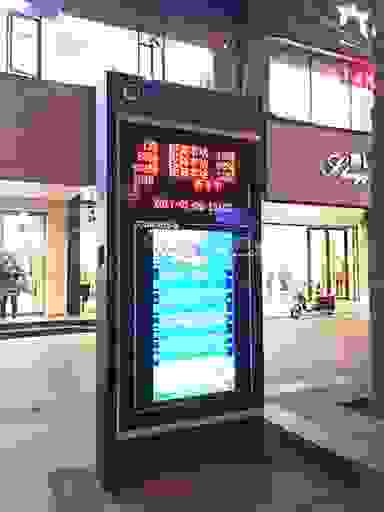 The biggest feature of Chengdu’s bus station digital signage is its touch communication, which can be rarely found elsewhere. For normal non-touch screen, bus routes are displayed in traditional form, like a horizontal list. While on this touch screen from Chengdu, viewers can touch each station and check more detailed information, such as tourist attractions, nearby landmarks, arrival & departure timetables of each station. After not being touched for a few seconds, the screen will come back to static bus route lists, working like normal signage.

That makes one of the two screens for each bus stop. The other screen is a non-touch one, which is also supported by DSM system. Screens from all stations are connected to and managed by the single DSM system via city Wi-Fi coverage service. Traffic maps and city’s propaganda films therefore can be downloaded and played on screen easily.

The system is also open to advertising opportunity. Several local media companies can deploy their ads to dozens of bus stations all at one time without any manual work. Their ads only appear at a certain interval between the display of traffic maps and real time bus location. On a rough estimate, the revenues from media companies will help the project pay off its investigation with 6 months in early.