With 23 million inhabitants in the city, public transportation always plays a critical role in Shanghai. More than 1350 bus routes are currently in operation across the metropolis, carrying millions of passengers each day. Over the past few years, most infrastructure facilities have been upgraded in the city, and the city’s bus stations certainly can’t be an exception. Ever since 2014, Betvis has helped its city to turn hundreds of bus stations to a new digital level. Thousands of screens have been installed with different types and sizes.

For bus station digital signage, there are some “must haves”. Perhaps the most common one is the display and voice announcement of the bus arrival and departure, and the expected time of the next bus. Betvis’s bus station system is open to outer database from bus operating center and GPS, allowing it to easily bring in bus related information. In most bus stations, this kind of information is displayed on a stretched high brightness LED bar, while in some cases the info is also display on normal scale high brightness outdoor screen, alongside with other content like live news or commercials. 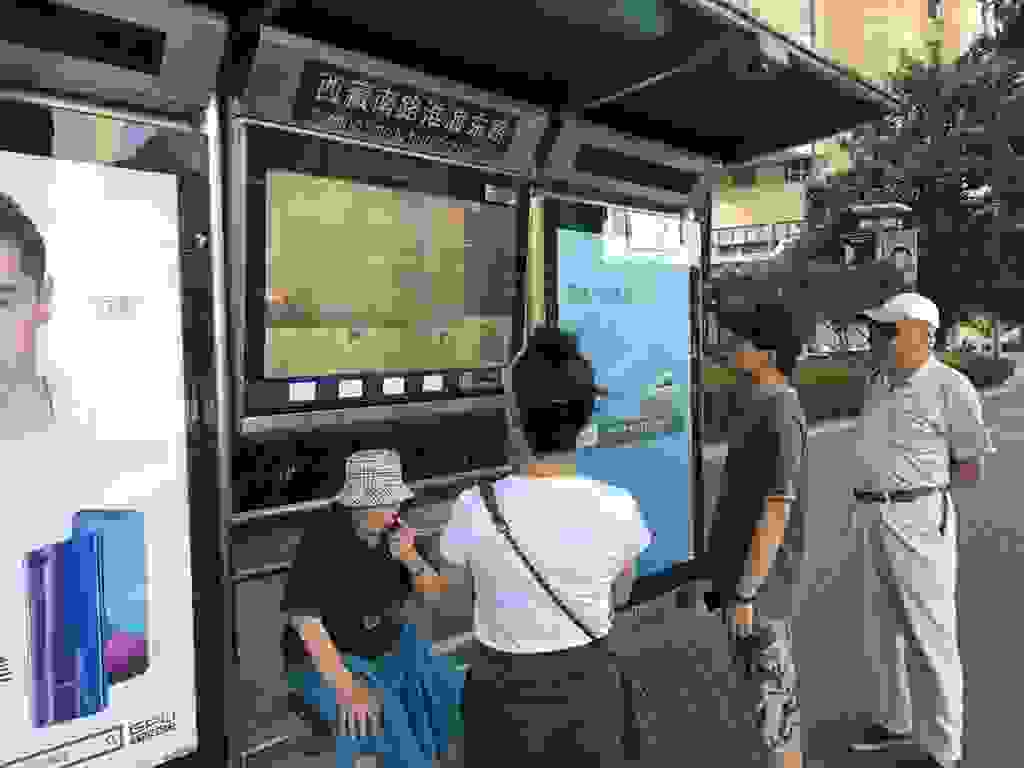 Live TV news normally takes the largest area on screen, leaving a portrait area on the side displaying bus related information. The live TV comes from several TV channels of Shanghai, and can be switched back and forth among them. The system provides a top priority for emergency message. If any emergency happens and messages need to be distributed, the screen will deliver instant image and voice message by listening to the bus operating center.

Outdoor digital signage or in this case, bus station digital signage, is the core part of the Shanghai next generation intelligent bus station. To make a perfect match for outdoor use, certain capabilities are “must-haves”. All bus station digital signage from Betivs come with IP65 industrial grade proof, providing better water proof and dust proof against potential outdoor threat. Temperature control and humidity control are also standard configuration, generating statistics of temperature and humidity inside the screen for real time monitoring. When inner temperature or humidity rises above the normal range, relevant mechanism like air conditioning or drainage system will be triggered to pull the value back to normal.

Betvis invented digital signage for some buses in Poland